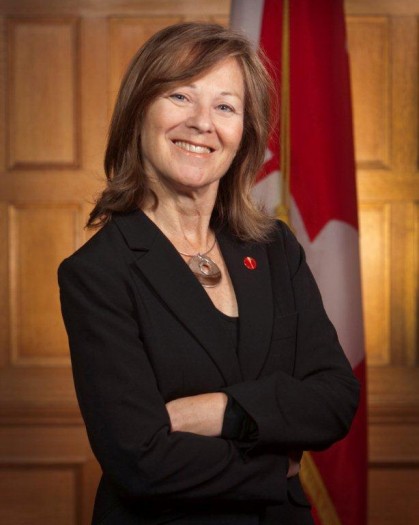 The Honourable Judith G. Seidman is an epidemiologist, health researcher, and social services advisor who was appointed to the Senate of Canada on August 27th, 2009.

She holds a Bachelor of Arts degree in English Literature, a Bachelor of Social Work degree in Health, and a Master of Social Work degree in Health from McGill University. She was the recipient of the J.W. McConnell Memorial Graduate Fellowship from the Faculty of Graduate Studies and Research (McGill). As a PhD candidate in the Department of Epidemiology and Biostatistics at McGill University, she received a doctoral fellowship from the National Health Research and Development Program.

Prior to her appointment to the Senate, she was an active health research professional in the McGill University Health Centre network in Montreal, Quebec.

Born in Montreal, Senator Seidman has demonstrated a lifelong commitment to public service. Her community involvement has focused on the education and health sectors, and she has served on many committees and boards including McGill Society of Montreal, the Education Task Force of the McGill Centre for Studies in Aging and the Evaluation Committee for Community Health Research Program of Montreal.

Following her appointment to the Senate, Senator Seidman has been an active member of many committees. In 2015, she served on the Special Joint Committee on Physician-Assisted Dying, which informed the development of Canada’s legislative framework governing medical assistance in dying.  She also served as Deputy Chair of the Standing Senate Committee on Social Affairs, Science and Technology.

Of late, while continuing to be a strong advocate for health and social issues in her role as a senator, Senator Seidman currently sits on committees that are responsible for the internal administration of the Senate.